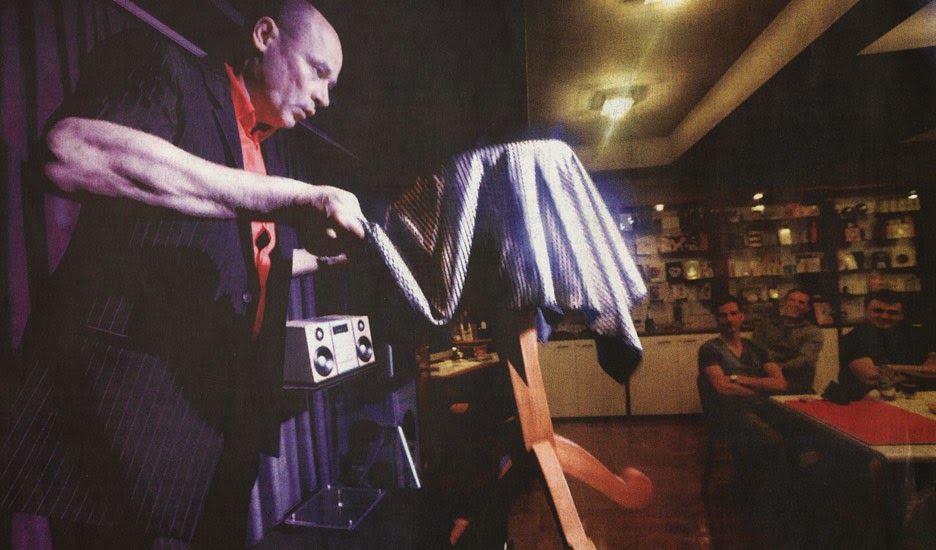 
'Maribor was always the center of magic, even in times of former Yugoslavia,"
said Magic Wladimir, which in 1991 declared the third best magician in the world, which is still the best ranking anyone from this area residents - former Yugoslavia. "At the time I did name, which I was later carried by, in Europe, in America, and Asia. On this account also teaches at various congresses global organizations ¬ magicians."

You can quickly come across those basic skills that are already largely directed it on his own path. If you wish, you can quickly accumulate much-needed experience for which they are masters like Wladimir needs before many years. But still not possible to master everything only in the magic shop. So that, why you need a magic studio J

Studio on Meljska road by the final image presented in the middle of this month, he edited about four years. "I travel a lot and I have a lot of other work, so it took a bit longer. Which is most important: the studio was created without credit, because I wasn't in a hurry. It has enough space for exercise, a stage, where everyone can experience how it is to walk in front of an audience, but is full of all the necessary tools and whatnot that the magicians are very important."
And you can buy a lot of magic props in our magic shop professional.


The fifteenth Magibor
And they have to practice what. over half a year, at 9th November will be in the Narodni dom Maribor International Festival of magical artists, magicians, wizards, magicians, illuzionists and other similar craft masters.

And of course a lot of magic shops with wonderfull props like vanishing radio, money printer machine, card tricks etc… Participation in the festival, which annually attracts a lot of artists in addition to the home, of course, already confirmed magicians from Ukraine, Serbia, Austria, Hungary and Italy.

Wladimir's Magic Studio with the magic shop will also be the venue of the monthly meetings of the club of magicians, which has about 60 members. President is also Vladimir Mikek – Magic Wladimir. On this kind postal meetings to gather all who are close to the magic and have a love for the magic art so far as to you without everyday life can no longer before exhibit. So if you ever really path past the house on the Meljska road what courage crowd into it. anything other than magical not hiding. There is for sure the best Magic Studio with Magic shop in Slovenia. Of course, it is the only one J