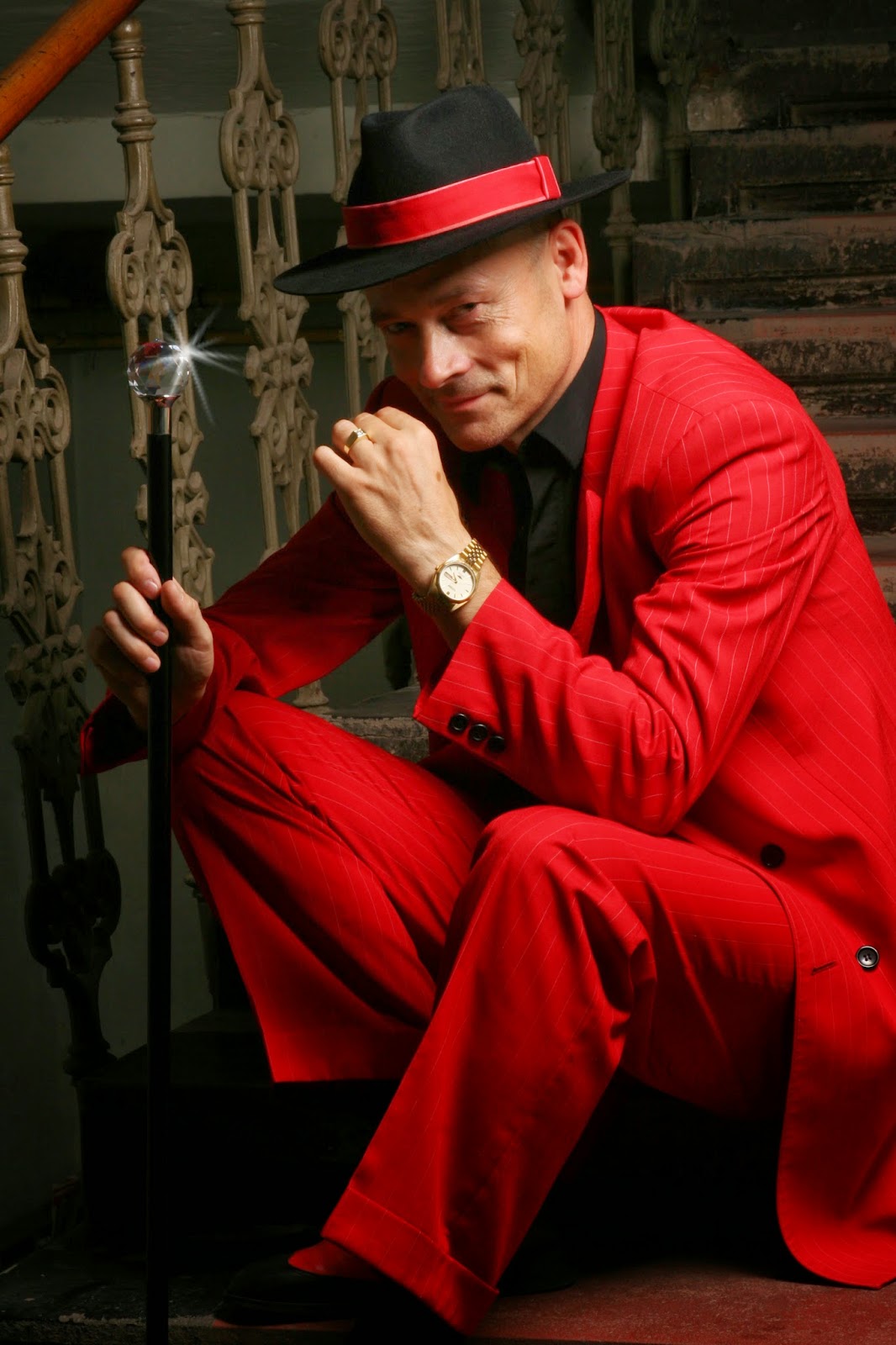 :) " The president of the Austrian organization helped me after he saw my performance. However I hope that we will soon have Slovenian FISM . Otherwise, I signed up for the competition three years ago in The Hague. Given that it is now happened so much , I managed to have me heralded as a competitor in the Yugoslav Republic of Slovenia and an owner of Magic shop. "

"I was very happy and surprised, when the wellknown David Copperfield cames and congratulate me. He is the world famous magician from USA…

Our viewers know him by his show on TV . You know the tricks , such as an airplane disappear , and the passage through the Great Wall of China and the like, have been for some time topic of discussion . It is just for top master of this kind of art. "

Because it is art, what you say to the opinion of some that the whole thing a fraud?

"You know , the camera trick is also a trick to cheat , the whole movie is, however, the art . Trick itself is not art, art is to entertain your public with magic tricks! "
You have a favorite card tricks. How so?

"This is only the result of our state of Yugoslavia . Cards have a single prop , and with them you can show a multitude of tricks. And they were the cheapest prop . Truth is that we were always manual dexterity. There was no magic shop in Yugoslavia before, so I decided to make ano Magic Studio in Maribor and in it also a magic shop.

Because successful only if you really smart , and the only way to show the power of true knowledge .

For all other tricks , knowledge is required at an earlier stage no longer have to give their best . It is interesting to know that also has the most eastern block skilful manipulators . "

What are your plans now ?

"I was invited to Spain, England , perhaps even in USA. In Italy , where they have registered about five thousand magicians in clubs, I will do a lecture tour for all this clubs. President of the Italian Federation Domenico Dante invited me personaly.

In the fall should begin at home with a gala programs in one of the hotels in Maribor . Every month, the program will be changed. Participated to all our Magical circle whose president still I am. "

Vladimir Mikek - Magic Wladimir is the magician - who has been working for 19 years , professionally for six years. He says he had to be extremely large and perseverance to succeed . In Maribor also has now its own magic studio with the magic shop, which is open to everyone who is looking forward to this art. After one year should see whether the candidate is serious . Wladimir says that such is always willing to help.